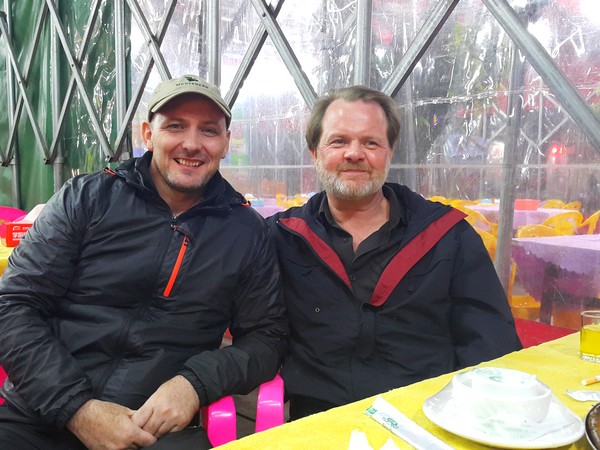 Learning Hakka Mantis on Skype may seem impossible, but approach it right and you will most definitely gain from the experience.  There are a couple of things to prepare prior to class.  The first is a notebook and pen as RDH will correct as much as he can, and you will need to make notes of the corrections, as well as, variations that he will share.

The second thing to prepare is yourself.  By that I mean you need to have put in the hard work before arranging a class, Skype or otherwise.  If you don’t know your Fic Shu from your Sic Shu, or your Chop shu from your Gop Shu, you will have a hard time.  A thorough grounding in the basics is necessary, if you want to get the most out of the session, and also because, if you have had a previous class, RDH will review previous corrections, time allowing.

The training is just like face to face training, simple old school training, just using modern technology.  RDH will demonstrate a small number of movements, and then you will drill it until he is satisfied.  Then you build on that, little by little with the occasional variation taught and drilled, the occasional theoretical point, or a maxim to deepen your understanding (hence the notebook).  He is a hard task master and expects you to train hard under his watchful eye.  The level of detail is impressive, and he identifies errors with ease, such as when I formed the dragon head fist (?) incorrectly.  It was a small detail but he didn’t miss it.

Expect to work hard.  The high amount of repetition is necessary, not just to begin ingraining the new material into your body, but also because you are not face to face.  If you make a mistake, in the absence of direct hands on correction, you will need to repeat several times for RDH to ascertain whether the problem is addressed.

As always, don’t take my word for it, find out for yourself.

Philip Bridges has resided in Taiwan for the last six years. He is a lifelong martial artist who studied Hung Gar for ten years as a private student of Jim Uglow Sifu. Since 1997, he has also trained extensively in Xing Yi Quan, initially under James McNeil Sifu and later Paul Whitrod Sifu. He received permission to teach from all his teachers and taught both Hung Gar and Xing Yi Quan to small groups of students in Suffolk, England.

Phil (photo below) also is a participator, in the Spartan Global Obstacle Races, an obstacle course race that in 2017 had 240 races, in 25 countries. This year, Phil completed 3: the Sprint (7k 20+ obstacles) in Taiwan, October 14th, the Super (13k 25+ obstacles) in Hong Kong November 14th, and the Beast (21k 30+ obstacles) in Malaysia December 9th.   Phil can be contacted at the email below. 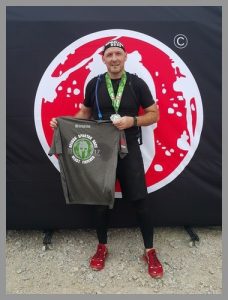 Users update your Profile - click in the menu 'Edit My Profile' and upload your photo. Click your name in the menu to review.

Users update your Profile - click in the menu 'Edit My Profile' and upload your photo. Click your name in the menu to review.

Get the latest news directly in your inbox.